Sharpay launched today. What is Sharpay? It’s an ICO built around sharing on the internet.

Sharpay is looking to make sharing even easier. Sharing things one by one to different social media sites will be a thing of the past with Sharpay: now, there will be one button to do it all. With one click, whatever you like from the internet can be shared to all followers across all social media sites.

The ability to multishare already exists. The main difference with Sharpay is that cryptocurrency becomes involved. Sharpay has been built on the Ethereum network. Users will get crypto rewards in return for sharing. Those with large followers, social influencers, can monetize on their popularity by earning Sharpay’s token SHRP.

According to the Sharpay website, sites benefit from the Sharpay button in the following manner:

For users, Sharpay works according to this diagram: 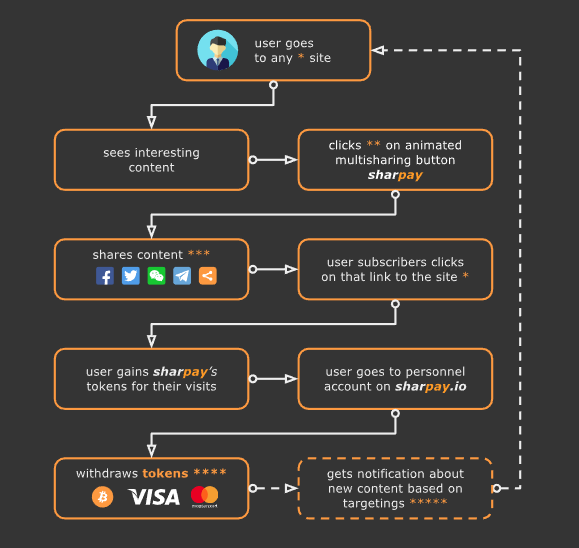 According to Sharpay, multisharing helps to increase conversion, traffic, and the site’s KPIs, while also being usable and rewarding.

Do you think Sharpay is necessary? Is it worth a share?

Bitcoin Mining Difficulty Parameter Set to Increase for the First Time in...